Medical Error Third Leading Cause of Death in the United States

Medical errors rank behind heart disease and cancer as the third leading cause of death in the United States (see BMJ 2016; 353:i2139), with over 250,000 deaths a year.  700 a day.  And despite tort reform, medical malpractice litigation will never entirely disappear.  It remains important for physicians to understand the elements of a malpractice claim not only to protect themselves but more importantly to improve patient care.

The most confusing aspect of a medical malpractice claim is the standard of care element, and this is further complicated by the increasing use of evidence-based guidelines (EBG) or practice guidelines.  In some countries, EBG provide the legal standard of care, while most common law countries such as UK, Australia and New Zealand place great reliance on guidelines but allow courts discretion in accepting them on a case by case basis.

In the United States, most courts allow testimony using EBG both for and against physicians.  Whether a particular guideline applies to a specific case is simply another argument for the expert witnesses with the jury deciding who to believe.  In most cases, the actual written EBG may not be admissible as an exhibit.  It would fall into the same category as learned treatises and medical journals – the witness can talk about it and be cross-examined, but the document itself is not admissible.  Some courts have adopted a more liberal approach by admitting EBG as demonstrative aids.  Regardless of which approach, a physician on trial for malpractice must recognize that although EBG are not sacrosanct, any deviation from the guideline represents a very powerful argument to the judge or jury.

Dr. James C. Johnston is one of the very few neurologists in the world that is also qualified in law, and licensed to practice both professions.  He wrote the comprehensive chapter on advancing a neurology malpractice claim in Preparing and Winning Medical Negligence Cases, Third Edition (http://www.jurispub.com/Neurology-Chapter-11-Preparing-And-Winning-Medical-Negligence-Cases-Third-Edition.html).

He has published a number of journal articles and book chapters on how neurologists can improve patient care and protect themselves from malpractice claims.  These publications include book chapters in multiple editions of the American College of Legal Medicine textbook Legal Medicine and Medical Ethics, the Medical Malpractice Survival Handbook, and the landmark three volume treatise Legal and Forensic Medicine.  Dr. Johnston has published peer-reviewed articles in Neurology Clinics, Journal of Child Neurology, Headache, Medical Law International, Journal of Legal Medicine, Medicine and Law, and a number of other journals.

Dr. James C. Johnston raised the concern that EFM has no proven efficacy in childbirth yet it is being increasingly employed in sub-Saharan Africa in a misguided approach to reduce perinatal morbidity and mortality.  In fact, EFM has a 99.8% false positive rate, and does not prevent or predict cerebral palsy or any other neonatal neurological disorder.  It does cause significant harm by dramatically increasing the cesarean section rate with all of the attendant risks and complications of that procedure, as well as increasing the risk that babies born in this manner may have a higher incidence of developing chronic diseases such as juvenile arthritis, asthma, inflammatory bowel disease, and neurodevelopmental problems.

After reviewing the overwhelming evidence against EFM, Dr. Johnston discussed the recent trend of developed countries to stop this procedure through specific guidelines published by birth-related professional organizations in the United States, United Kingdom, Canada, Australia and New Zealand.  For example, the United Kingdom National Institute for Health and Care Excellence states “Do not offer electronic fetal monitoring to women at low risk.” 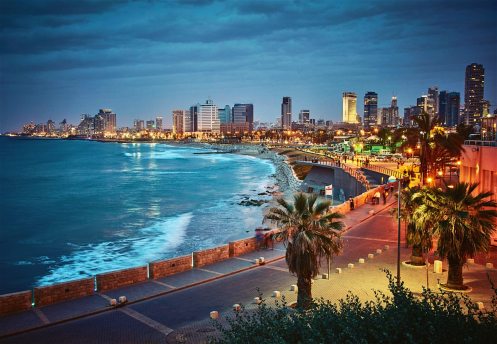 And yet, EFM is rapidly increasing throughout sub-Saharan Africa due to a combination of intense marketing from the EFM manufacturing companies, and the failure of the medical community to understand that the procedure causes more harm than good to mothers and babies.  Dr. James C. Johnston provided specific examples of the marketing, including the Allied Market Research ‘Global Fetal Monitoring Report’ which concluded that the fetal monitoring market is expected “to reach USD 3.6 Billion by 2022,” that the market in “developing countries is lucrative,” and there is a “perpetual need” for these EFM machines.

Dr. Johnston and his colleagues concluded that the WHO should establish guidelines stating that EFM is an experimental procedure that is not scientifically reliable, the standard of care does not warrant EFM in low risk pregnancies, and it should not be performed.  This will allow local health boards in each country to adopt the guidelines, and ensure the medical community stops harming mothers and babies through this procedure.  Then, the resources wasted on EFM can be properly allocated to provide additional training of midwives and healthcare workers, and provide care for children with cerebral palsy and related conditions.

Drs. James C. Johnston and Mehila Zebenigus discussed the urgent need for guidelines to improve relations between the North and South, and thereby advance healthcare access in the least developed regions.

Dr. Johnston was the only member and representative from New Zealand, and Dr. Zebenigus represented Ethiopia.  They explained that the most effective way to improve healthcare access is to establish local training programs in developing regions.  However, this requires international support which has been hampered by the unprecedented growth of global health programs, especially at United States academic medical centers.  This growth is attributable to a number of factors unrelated to improving patient care – factors such as establishing a reputation or ‘brand,’ increasing publications, and generating revenue through government, private and charitable sources.

Dr. James Christopher Johnston discussed how these academic global health programs have created a scramble for Africa characterized by self-serving short term medical missions that are highly beneficial to the sending institution but fail to provide any substantive benefit to the host country.  In fact, he described how these types of medical missions can and do cause actual harm, thereby impeding medical care in the very regions where it is most needed.

Dr. James C. Johnston discussed the urgent need for guidelines that focus on ethically advancing collaborative partnerships between the North and South to improve health care. This topic followed Dr. Johnston’s lectures last year at the WAML meeting in Baku, Azerbaijan and the prior year in Los Angeles, USA, where he and Dr. Zebenigus highlighted the medical, ethical and legal problems created by Western countries engaging in short term medical missions to resource limited nations.

This year, Drs. James Christopher Johnston and Zebenigus focused on the specific guidelines and policy recommendations which they presented to the United Nations High Level Political Forum last year and earlier this year.  James C. Johnston, MD, JD is dually qualified and licensed as a board-certified neurologist and barrister, and uniquely qualified to deal with this very specialized area of international medical law.  Mehila Zebenigus, MD is a board-certified internist and neurologist well-versed in the intricacies of global health.

Dr. James Christopher Johnston was honored for his paper on this subject with the Davies Award for Public Health.  He dedicated this inaugural award to Dr. Zebenigus and the Ethiopian team.

In terms of disclosure, Drs. Zebenigus and Johnston are Directors of the non-profit organization Global NeuroCare® which focuses on advancing neurological services in sub-Saharan Africa and particularly Ethiopia.  Dr. Johnston serves as an Honorary Professor of Neurology at Addis Ababa University in Ethiopia.

Disease outbreaks are no longer confined to small geographical areas, but have the potential to impact any region of the world due to an increasingly interconnected population combined with the dynamic nature of disease patterns.  This creates a global risk that must be managed through a coordinated approach in order to effectively control any type of epidemic.  The World Health Organization (WHO) promulgated International Health Regulations (IHR) to provide an overarching legal framework defining each nation’s duties in handling public health risks that are likely to cross borders.  The IHRs constitute a legal agreement among 194 nations.  These Regulations define when and how a country must report a disease outbreak to WHO, and highlight specific criteria for categorizing an outbreak as a “public health emergency of international concern,” which then triggers a very specific response.  Additionally, the Regulations contain provisions designed to protect the economy of a country that does declare an international emergency.  For example, these provisions preclude other nations from enacting travel or trade embargoes without a clear public health justification.  Neurologist and Attorney Dr. James C. Johnston is uniquely qualified to deal with the very specialized area of international medical law affecting health security.  He recently presented policy recommendations on these security matters to the United Nations High Level Political Forums on behalf of Global NeuroCare®, a non-government organization which holds Special Consultative Status with the United Nations ECOSOC.

Western medical advances exported to developing nations are supposed to improve healthcare and save lives.  However, “The West sometimes exports not just its medical advances, but its medical mistakes.”  This is unquestionably the case with EFM, a procedure that causes more harm than good.

EFM has been a birth myth for fifty years.  It is the standard of care in the West despite overwhelming evidence that it is ineffectual, rife with interpretive errors, has a 99% false positive rate, and has completely failed to reduce the incidence of cerebral palsy or any other neonatal neurological disorder.  EFM has, however, dramatically increased the caesarean section rate.  And C-sections create needless dangers to mothers and babies, increase risks in future pregnancies, and may account for an increased risk of future chronic diseases and neuropsychiatric disorders in children.

Why is this sham procedure being used against all scientific evidence?  To protect physicians and hospitals from lawsuits, as well as generate significant revenue.  And doing the procedure is not only medically harmful, but it completely neglects patient autonomy and informed consent.

Drs. Zebenigus and Johnston, along with renown medical ethicist Professor Berna Arda and leading medical malpractice attorney Thomas P. Sartwelle have discussed these concerns in the peer reviewed literature with publications in the Journal of Child Neurology, British Medical Journal, Journal of Maternal Fetal and Neonatal Medicine, Journal of Childhood and Developmental Disorders, Surgery Journal, Medical Law International, Neurologic Clinics and several other publications including the Legal Medicine and Medical Ethics textbook of the American College of Legal Medicine.  Many of these articles are freely available at ResearchGate.net:  https://www.researchgate.net/profile/James_Johnston6.

The more serious problem is that EFM is now being pushed in Africa, where the potential damage from a useless procedure is compounded by the utter waste of very limited resources.  The global fetal monitoring market is a multi-billion dollar business, and most of the growth in the next decade is projected to be in developing regions such as sub-Saharan Africa.  Drs. Zebenigus and Johnston have already seen the use of EFM machines increasing in Ethiopia, and Dr. Jules and other physicians report the same in Kenya, Rwanda, Tanzania, Uganda and other countries.

The cost of the EFM machines, training staff to read a useless test, and the resulting unnecessary C-sections all drain valuable resources that would be better used to care for children who have cerebral palsy.

Read the Maclean’s news article at: